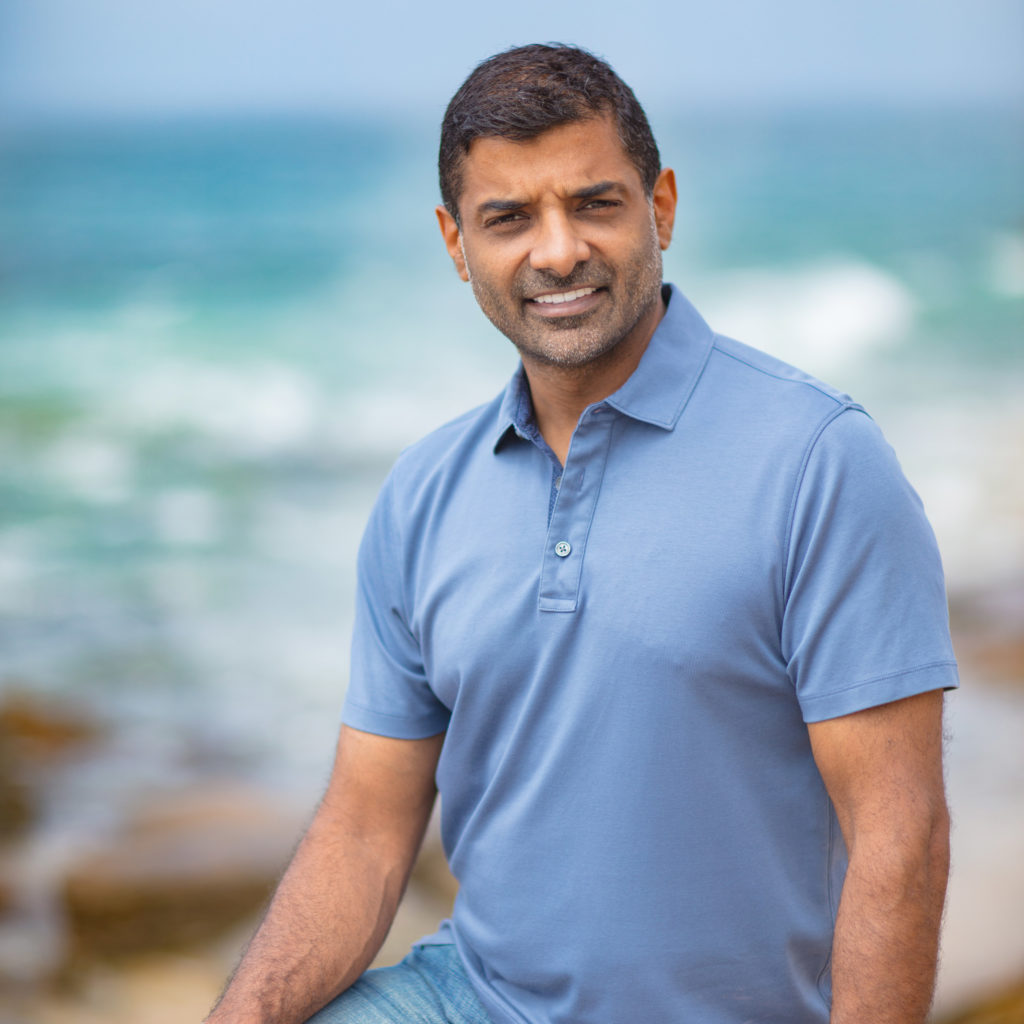 Amit Raizada is an entrepreneur, philanthropist, and CEO of Spectrum Business Ventures, an investment firm that invests in a wide range of companies and firms.

Amit founded Spectrum Business Ventures (SBV) in 2002 to manage and grow his asset portfolio. Amit’s investments have a strategic eye toward ventures that not only offer considerable long-term returns, but also improve people’s lives. Amit has financed firms that develop groundbreaking cancer treatments, launch satellites into orbit, facilitate same-day online purchase deliveries, and provide unparalleled entertainment experiences. He has helped introduce innovative models to retail and hospitality that connect with previously untapped markets. His investments in medicine – from new drugs that weaponize the immune system against cancer cells to a sleeve technology that revolutionizes respiratory care — transcend mere profit and propel health care technology into the future.

In 2017, Amit founded the Amit Raizada Foundation, which seeks to catalyze lasting social change by investing in philanthropic ventures that bring long-term value to communities.

Amit Raizada is a testament to the power of the American Dream. He was born in India and immigrated with his family to the United States when he was two years old. While his family lacked the business connections that many successful venture capitalists inherit, they instilled in him a profound sense of possibility and an unrelenting work ethic. Amit’s entrepreneurial drive came from observing his parents. In emigrating from India, they left behind their friends and home in pursuit of the ultimate investment: a bright future for their children.

"My parents came to the United States with only the money in their pockets. They wanted to provide a better life for my sibling and me, and they knew that America would offer opportunities I’d never have in India."

The Raizada family settled in Michigan, where Amit’s father found employment in sales – which gave Amit his first introduction to the business world.

A strong-willed teenager, Amit undertook his first ventures while still in high school. He started with a simple lawn-care business, in which he would care for his neighbors’ yards for payment. While satisfied operating his very own business, Amit had his sights set higher; it was during this period that he began to develop the business acumen and forward-looking investment strategy that would yield some of his greatest future returns.

"It was the early 90s and personal computers had just become a thing. I’ve always loved tech, and I got pretty good at working with computers and Windows. But I noticed that older people, like my parents and their friends, struggled to really get the hang of this new technology."

"Everyone wanted a computer – they were the hot new technology – but I realized that a lot of these people didn’t actually know how to use or set up their new computers. I did, and I saw there was money to be made in helping those who didn’t. I made a business out of it."

Amit graduated from high school already having developed a significant entrepreneurial resume. He enrolled at Michigan State University where, to his parents’ initial dismay, he studied economics.

"My parents were disappointed I didn’t become an engineer or doctor, but I knew I had a knack for business and had to follow my intuition. Once they saw how invested I was in my studies, they fully supported my decision."

Amit’s insatiable drive to succeed caught the eye of several of his professors, who offered their mentorship and guidance during this formative period in his life. Michigan State helped Amit develop a potent understanding of what it takes to succeed as an entrepreneur and investor.

Yet, Amit lacked the capital to build the empire he envisioned. He gathered his few available resources and purchased a LetsTalk Wireless franchise in Grand Rapids in 1998. Just as he had foreseen the rise of the personal computer and the peripheral business opportunities that it would create, Amit understood the tremendous untapped opportunity emerging in the burgeoning cell phone market.

Amit gained a name for himself in the wireless world. Soon, Nextel Wireless purchased his venture and asked him to develop a national retail launch.

Amidst this early success in Michigan, Amit left his home state to move closer to family in Kansas City. His reputation as an innovative leader followed him to his new home, where he caught the eye of Southwestern Bell/Cingular Wireless. Looking to grow its audience in Kansas City, the cell phone conglomerate engaged Amit to spearhead the company’s regional expansion. In a short period of time, Amit established more than 20 wireless locations to the metro area, garnering him the local nickname "Wireless King."

By the early 2000s, Amit pivoted from operational management towards a new opportunity. Amit saw how the wireless retail market was plateauing and was hungry for a change. Amit’s true talent lay in his foresight and his ability to discover and capitalize on the markets that other investors had yet to identify as viable markets. To realize his potential, Amit knew he would need to branch out.

"Wireless was where I got my start and where I really learned how to run a business, but it got to a point where I realized that I wanted to be the one seeking out opportunity, not just managing the opportunity that other investors had already found."

In 2002, Amit founded Spectrum Business Ventures (SBV), the Kansas City-based venture capital firm that would manage his budding assets and form the backbone of his sprawling investment portfolio.

"My folks moved from India to America, risking everything. SBV was akin to my move to America. It was my opportunity to invest everything I had – all my resources – into one project, knowing that if I worked hard and played my cards right, everything would pay off."

Amit recruited a top-tier team of advisors and innovators to assist in developing a dynamic investment portfolio. This team helped Amit expand into real estate, financial technology, entertainment, medical innovation, retail distribution, and logistics. Within five years, SBV began to yield significant returns, breathing life into cutting-edge startups that went on to transform a variety of industries. The period between 2007 and 2012 proved to be SBV’s most prosperous, as Amit steered the firm through 50 real estate projects and more than 140 total portfolio investments.

"It was a great time. SBV was really thriving. We were delivering strong returns to our external investors and helping get truly innovative startups off the ground. I loved that we were able to do both at the same time – make money for our clients and firm and give a push to companies that were developing revolutionary new products, experiences, and treatments."

Following the exhilaration of 2012, Amit reached a plateau in 2013 and felt he needed a change of scenery. Leaving behind the city he had called home for over a decade, Amit went south in search of new opportunity. Amidst the palm trees and sunshine of South Florida, Amit found what he was looking for. Miami would become the scene of Amit’s renaissance as an investor and a philanthropist.

"Within a couple of weeks of being in Miami, I started to feel like myself again."

Amit doubled down on searching for innovative emerging markets from his new home in Miami. Firm in his conviction that Amazon and other online retailers would induce a seismic shift in business to consumer delivery, Amit began investing in warehouse space within ten minutes of many major American airports. He insightfully deduced that, in a bid to deliver online orders faster to consumers, Amazon would overstock inventory in key markets. This inventory would need to be stored somewhere – and Amit ensured that he had a stake in many of the most conveniently located warehouses.

Amit has always been open to a broad range of investment opportunities and has developed a keen interest in innovative biomedical startups. He became an early investor in a company that developed a novel drug that weaponizes the body’s immune system against cancer, eating away tumors from the inside. He also invested in another biomedical engineering firm that designed a revolutionary sinus dilation sleeve that is changing the way ear, nose, and throat doctors treat sinus-related illnesses.

"Those are some of the investments I’m most proud of. At the end of the day, I’m a capitalist and I’m motivated by returns. But when I find a way to deliver significant returns and to contribute to the development of new technologies that could help desperate patients – that’s really the best part of this job."

Amit has extended his commitment to cutting-edge technology beyond the medical field, too. Always focused on the consumer of the future, Amit partnered with a company that launches communication and military satellites into low-Earth orbit. Amit learned from his early ventures in wireless communication that the technologies that seem like science fiction today may be mainstream tomorrow.

"Space is as futuristic as it gets, and maybe it’ll be some time before I pull a profit. Yet, it’s important to get in early. Space is becoming a viable market and investors will realize that soon enough. But by the time they do, I will have already invested in my share."

An astute observer of changing market trends and of the unique preferences of young consumers, Amit invested in a range of companies aimed at the consumer of the future. He led SBV into a series of restaurant ventures that cater to the health-focused dietary preferences of Millennials and Generation Z. These establishments typically offer easily swapped out proteins for vegan alternatives, as well as low-carb and low-fat items. They maintain a clean, well-lit, high-energy environment – which Gen Z tends to gravitate towards.

And he invested in the recently created cannabis market. Amit closely followed marijuana’s march to nationwide legality. He understood that every new state that sanctioned its use would lead to a host of new industries hungry for capital. Yet, even with marijuana, Amit filtered these ventures through the lens of two of his investment strategies: investments that target young consumers and cutting-edge markets. For the former, he put his capital behind the edible marijuana industry.

"Young consumers are health conscious. They want to use cannabis products, but they don’t want to smoke and hurt their lungs. So, I put my money behind edibles."

Worried the marijuana industry had already reached a point of saturation, Amit began looking for secondary markets emerging in the marijuana industry, leading him to invest in marijuana real estate. Amit invested in one-stop marijuana campuses on which producers can grow and cultivate the product, open dispensaries, and even sell accessories.

Despite this string of successes, Amit still felt that something was missing. That’s when Amit decided to dedicate a considerable amount of time and resources to philanthropy.

"I worked really hard to get where I am today, but I didn’t do it alone. I had a lot of really great help along the way, and now that I have the resources and time, I’m privileged to get the chance to give back. I do this with a deep sense of gratitude."

He launched the Amit Raizada Foundation in 2017, and has since donated to countless worthwhile issues including affordable housing, healthcare, and community development. In 2020, Amit decided to improve his philanthropic impact by utilizing the same long-term, strategic approach that made his investing career so successful. He has committed to transforming his charitable giving and now supports innovative institutions, organizations, and programs that are committed to making lasting social impact.

"When it comes to business, I’m competitive. But it’s the philanthropy that really grounds me in life. My parents risked everything to bring me here from India. There is no adequate way to thank my parents. But when I change a life, invest in game-changing innovation, or fund programs that better communities – that’s the ultimate expression of gratitude to my family and to the country that gave me so much opportunity."